en | fr
June 29, 2021
You’ve seen the photos. The images of a group of men who have come together to make decisions about the global issues that shape our lives. Or those with one woman who stands out because she is the only one not wearing a dark suit. They are often called ‘family photos’ and are a standing agenda item at global summits. But they are missing half the family. They remind us, once again, that those in charge of the world’s governments and economies—those setting the global agendas—are primarily men. 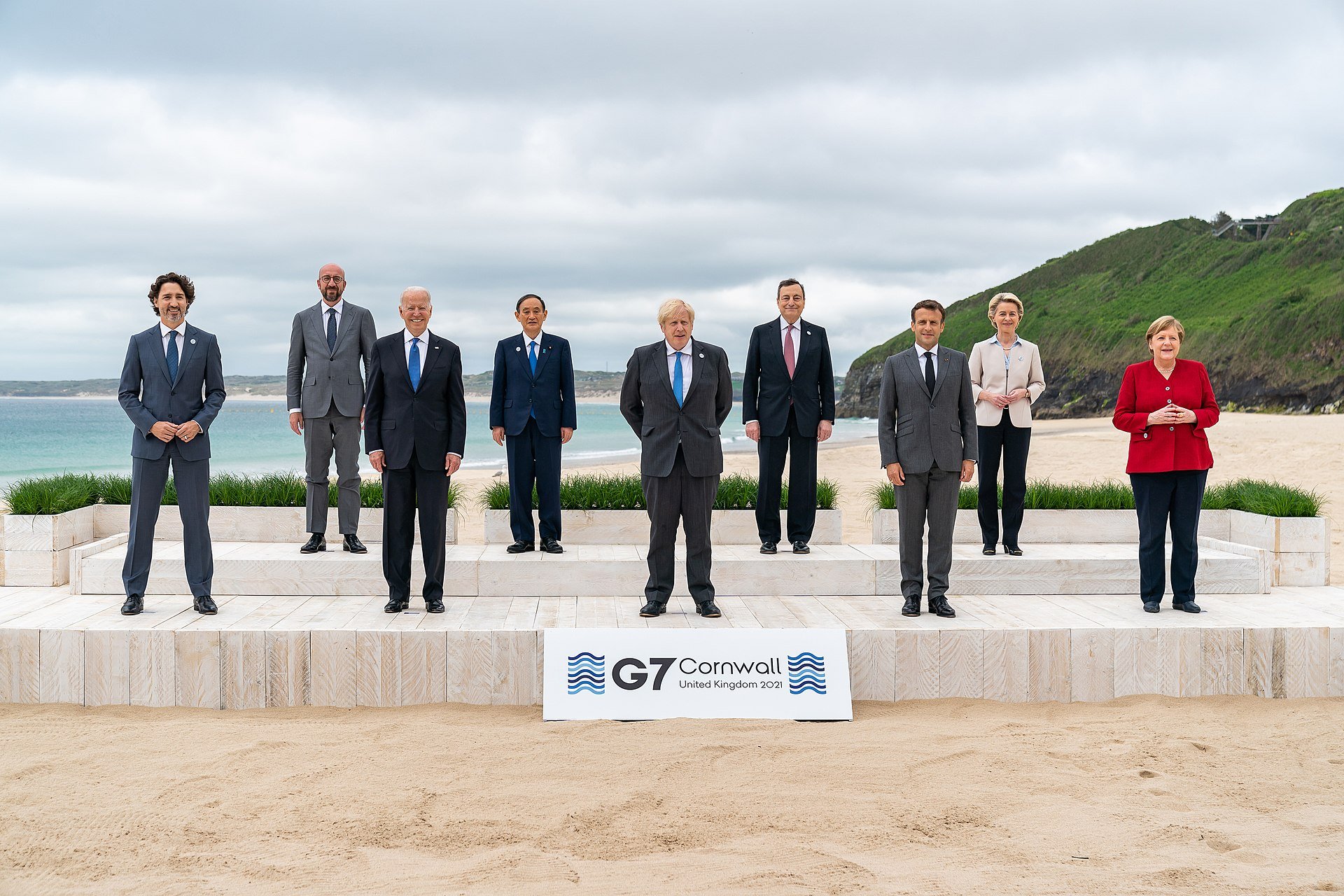 At the G7 Summit, hosted by the UK government earlier this month, discussions focused on China, vaccines and Brexit. Gender equality had four paragraphs in the final communique. Important paragraphs with important language, but clearly not on the top of G7’s agenda. When the Cornwall discussions wrapped up, many leaders went on to the NATO summit, where women’s rights had an even lower profile.

Yet this summer there is an addition to the summit season: the Generation Equality Forum.

The Gender Equality Forum marks the culmination of close to two years of discussion on how to mark (originally) 25 (now 26) years since the landmark Beijing Conference on Women held in 1995. The goal? To mobilize new commitments and new momentum on the rights of women, young women, and girls in all their diversity.

It’s clear that the ambitious global agenda on the rights of women and girls agreed to 26 years ago has not been realized. While progress has been made on issues such as reducing maternal mortality and increasing the number of girls in school, the vast majority of the recommendations in the Beijing Declaration and Platform for Action remain just that: recommendations. Whether it be in the economy or holding political office, at the local or national level, women fare worse than men. The World Economic Forum estimates that at the current rate of progress, it will take 267.6 years to close the economic gender gap.

Now the pandemic is driving these inequalities even deeper. More women than men have lost employment. Unpaid care work, which falls primarily on women and girls, has increased. Rates of violence against women have risen to an even more shocking level with one in three women around the world experiencing violence. Yet the majority of government initiatives to address COVID-19 fail to recognize and address how the pandemic has affected women and girls disproportionately.

During the pandemic, women’s organizations have had to do double duty: delivering public health advice, pushing for government accountability, organizing basic services, setting up emergency domestic violence shelters and response mechanisms and more—all while continuing to advocate for reproductive rights, the rights of LGBTIQ people, political representation, decent work, peace, and advance the priorities they had before COVID-19 hit. Through it all, concerns over how they will pay staff and keep the lights on multiply. So many hopes rest on the Generational Equality Forum to revitalize global efforts towards ending gender inequalities.

The Forum is “convened by UN Women and co-hosted by the governments of Mexico and France, in partnership with youth and civil society.” (That’s the official wording.) Paris will host the final gathering June 30th to July 2nd featuring several in-person events and online gatherings. The hope is that bold new commitments will accelerate much-needed progress on gender equality.

For the past year and more, civil society organizations, governments, women’s funds, philanthropic entities, and private sector companies have met to hash out what needs to be done. And who should pay for it. Six ‘action coalitions’ and the compact on women, peace and security and humanitarian action outline strategic actions to make real progress on the rights of women, girls, and LBTQI people.

At the Paris Forum, we can expect many speeches on the importance of gender equality and on how the world has yet to deliver on the commitments made 26 years ago in Beijing. It is hoped that leaders go beyond words and there will be ambitious commitments to policy change, funding, and real progress.

We also hope to see steps to move money in new ways, resourcing feminist movements so that they can advance their objectives. Women’s funds are crucial actors, working with women’s organizations and gender justice movements, providing them with resources, expertise, solidarity, and support. Dramatically increasing the funding for women’s funds would be a major shot in the arm for feminist movements around the world.

The real test will come after the forum ends. We hope to see the commitments and energy of the Generation Equality Forum reflected in other global processes going forward.

Will the Generation Equality Forum be a feminist oasis in the ongoing international gatherings or will we see the insights of the Forum taken up in future global discussions?

After Generation Equality, the summits continue. There are many opportunities to take what has been learned in the Generation Equality Forum deliberations and ensure they inform other global meetings. The United Nations General Assembly annual meetings happen in September. No doubt global COVID-19 recovery and the challenges now facing the achievement of the Sustainable Development Goals (SDGs) will be high on the agenda. The G20 leaders’ summit will be held in Rome on October 30th and 31st. In November, the UK will host COP26, a crucial conference that has the potential to generate much-needed momentum on climate action.

The crucial question is: will the recommendations from the Generational Equality Forum find traction and visibility in these other global discussions? Will the speeches and commitments in Paris be repeated with ever more force and effectiveness in global discussions? Or will they fade into the background when the official focus is not only on gender equality?

Women’s organizations and feminist movements have invested much in the Generation Equality Forum process. They have organized consultations, negotiated, lobbied, made the case, mobilized, and pushed. They know there is much at stake. For many, this is done in the face of increasing backlash. Young women have criticized the process and pushed for authentic inclusion.

Established feminist organizations have tried to open spaces for voices that are not always heard, hoping to facilitate a Forum that truly represents the diversity of women, girls, and LBTQ people.

As 2021 leads into 2022, what will be the verdict on these global summits? Will we have turned a critical corner on the rights of women, girls, and gender-nonconforming people? Will we look back and say that 2021 marked new momentum and new action? Or will we, yet again, lament the lack of progress and see more summit photos featuring more men in dark suits?