We’re starting 2022 off recommending three new reports on women’s/feminist organizations in conflict and crisis. COVID-19, conflict, and the anti-gender movement all have a profound impact on how feminist activists operate and organize. These reports provide concrete insights, analysis and recommendations.

Report – We Must Do Better: A Feminist Assessment of the Humanitarian Aid System’s Support of the Women- and Girl-Led Organizations during the COVID-19 Pandemic. Voice (2021) 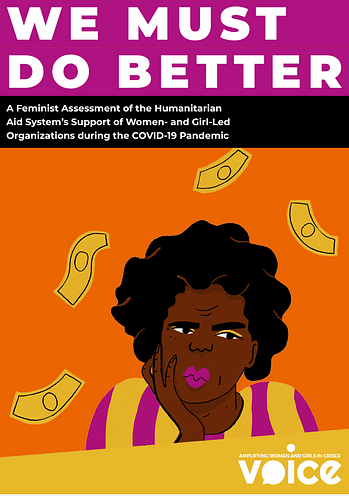 “VOICE and many other feminist organizations and activists in the humanitarian sector have been reporting the same needs, the same violence, and the same marginalization of women and girls for decades. We know that they experience specific, predictable consequences and rights violations whenever a disaster strikes, and yet their needs go mostly unrecognized, unfunded, and ignored.”

This report brings together a survey of over 200 organizations around the world (84% describing themselves as led by women), analysis of previous epidemics, feminist perspectives, and commitments by the international humanitarian system.  The result is a strong critique of the humanitarian aid sector, its failure to engage and fund women- and girl-led organizations and meet their needs.

Vitally important given the growing international attention to issues of care, the survey asked respondents to look at their own lives, the roles they play in communities, and how their organizations are faring during the COVID-19 pandemic. The resulting picture is one of women and girls and their organizations being stretched, excluded, and under-funded.

The report explores three interconnected themes: social expectations and norms, access to resources and assets, and giving and receiving care. It examines how social expectations translate into women and girls shouldering the bulk of unpaid and unrecognized care work. Survey respondents described a parallel between their individual lives and their experiences running organizations, namely that they would work without pay and provide care to others before themselves and their staff.

The report documents the funding challenges experienced by organizations. While some funders took steps in the early stages of the pandemic to reduce the burden on grantees, overall the majority of organizations participating in the survey reported that they have not received any additional funding to support their COVID-19 response. They also reported having grants reduced or canceled. This mirrors a survey done by the Women’s Peace and Humanitarian Fund in early 2021 of their grantees. Eight-four percent of respondents felt that their organization’s existence was at risk due to lack of funding.

The report wraps up with calls for the humanitarian sector to fulfill commitments to localization (including channeling more funding and power into the hands of local actors, particularly women and girl-led organizations), address gender-based violence, ensure access to sexual and reproductive health services, and strengthen gender/power analyses.

Report – Solidarity is Our Only Weapon: The Situation for Women Human Rights Defenders. Kvinna Till Kvinna (2021) 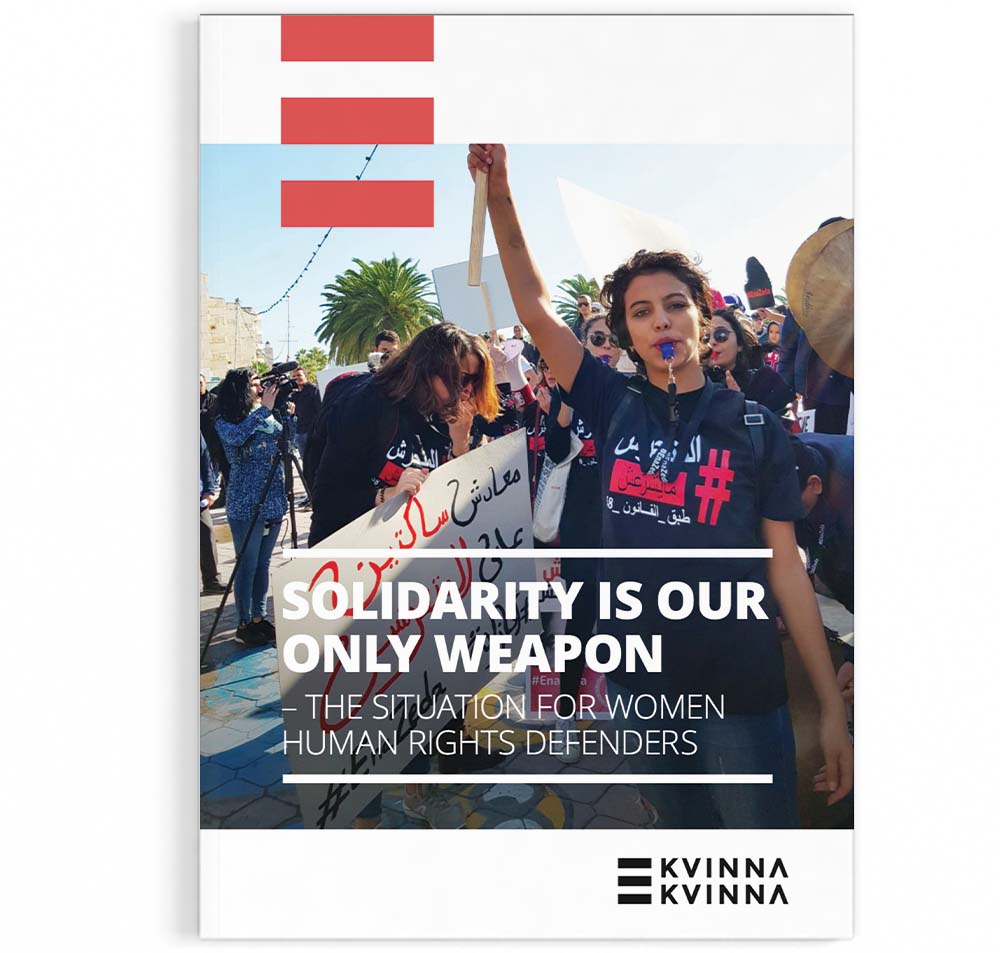 “It has not only been threats, but there have also been killings. The number of women killed has increased… It is so sad.”   – Rosa Emilia Salamanca, Colombia

This new report from Kvinna Till Kvinna analyzes survey responses from over 300 women’s rights activists and female journalists from 74 countries. It’s an important overview of the dangers, threats, and challenges facing women human rights defenders (WHRDs) around the world.  It brings home the ongoing violence and even the ‘normalisation’ of this violence in the everyday lives of feminist activists: “Living and working with threats and harassment has increasingly become something that is ‘part of the ordinary workday.”

The report details the range of threats, both online and in-person. Smear campaigns, harassment, and stalking are all widespread. Alarmingly, threats of physical violence and death are reported by over 20% of those surveyed. Sometimes this violence and harassment is anonymous. Other times, community leaders, religious authorities, government actors, paramilitary groups, and family members are the identifiable perpetrators.

Throughout the report there are profiles of activists that bring the analysis and statistics to life. We hear the voices of activists from Colombia to Syria to Serbia and more.  Their determination, vision and strength shine through, along with their deep concerns and fatigue.

The report ends with a series of recommendations for funders, governments, and international bodies.  Funding (and the right kind of funding: flexible, longer-term, inclusive of care strategies, etc.) and recognition are key.  The report calls for the international community to support, listen to, and fund these brave activists.

Report – Fund Us Like You Want Us To Win: Feminist Solutions for More Impactful Financing for Peacebuilding. Background Paper for the High-Level Meeting on Financing for Peacebuilding. Kvinna Till Kvinna, International Civil Society Action Network (ICAN), Global Network of Women Peacebuilders (GNWP), Women’s International League for Peace and Free (WILPF), Global Partnership for the Prevention of Armed Conflict (GPPAD), MADRE (2021)

This report is an important contribution to these discussions.  It complements the more general feminist resourcing papers, including those produced by the Association for Women’s Rights in International Development (AWID). Its focus on women peacebuilders brings to light their specific concerns

Produced by six key global organizations that advocate for and support women peacebuilders, the paper explores six opportunities for structural change in financing for peacebuilding (with recommendations provided for each point):

As global discussions advance on how to track Generation Equality Forum commitments, this report offers important insights and recommendations. As well, it is important that the Global Alliance for Sustainable Feminist Movements explicitly include attention to women peacebuilders in its feminist funding discussions. 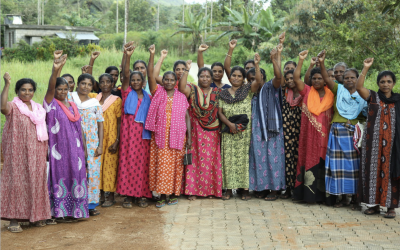 What We Are Reading: December 2021

END_OF_DOCUMENT_TOKEN_TO_BE_REPLACED 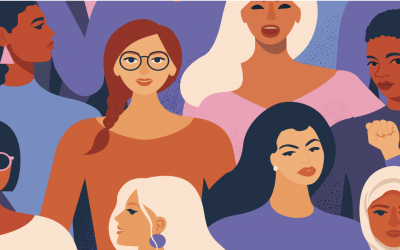 What We Are Reading: November 2021

END_OF_DOCUMENT_TOKEN_TO_BE_REPLACED 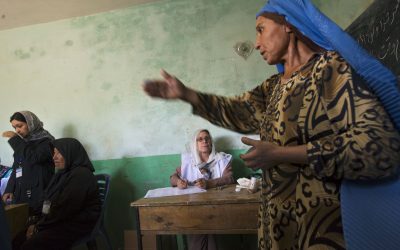 What We Are Reading: September 2021

Article: Afghan Women’s Rights Activists Have Long Been Underfunded. This Must Change. By Pushkar Sharma & Tenzin Dolker from AWID on the Open Democracy site (September 2021)This article adds important elements to the global discussion on Afghanistan. Many western...

END_OF_DOCUMENT_TOKEN_TO_BE_REPLACED
We use cookies on our website to give you the most relevant experience by remembering your preferences and repeat visits. By clicking “Accept”, you consent to the use of ALL the cookies.
Cookie settingsACCEPT
Manage consent