How to decolonize is one of the thorniest questions in the development aid industry. “Time to Decolonise Aid,” a report pulling together the insights from a 2020 consultation with 158 activists, academics, decision-makers, journalists, and practitioners adeptly tackles this question.

One of the Equality Fund’s Principles for Feminst Funding is to pursue truth, reconciliation, and decolonizing practices, recognizing that colonialism is a root cause of gender inequality in Canada and around the world. While “Time to Decolonise Aid” is not explicitly feminist, anti-racism and where power and decision-making sit is central to a feminist interrogation of the development aid industry.

Given development aid’s colonial roots, the report argues to reframe it from “empathy and generosity” to “a form of systemic reparations from the violence inflicted in many donor countries’ colonial and imperial past.” This is a significant shift. The report finds that power and resources remain dominated by and between organizations and relationships in the Global North. It calls on the industry to address structural racism and decolonize aid in ways that truly shift power and resources to local actors.

The report is replete with clear explanations of tricky concepts and recommendations for donors, international NGOs, and policymakers.

Examples of structural racism include ignorance of the histories of the countries in which donors work and devaluing practitioners from non-Western contexts, relegating them to “beneficiary” status. A recommendation that especially resonates with the Equality Fund is stronger inclusion of women from the Global South in decision-making, prioritizing and supporting women’s leadership across the sector and providing funds directly to women-led groups. Other compelling recommendations include establishing lasting relationships with local actors, not just when funding comes through, and defining accountability as impact on the community, as judged by the community.

Consultation participants were selected to ensure gender balance, age diversity, and representation from an array of countries and continents. It is unknown whether the views of Indigenous, LBTIQ, and other traditionally excluded groups were represented. Doing so is a necessary step in thinking through how to decolonize the aid industry.

Time to Decolonise Aid: Insights and lessons from a global consultation 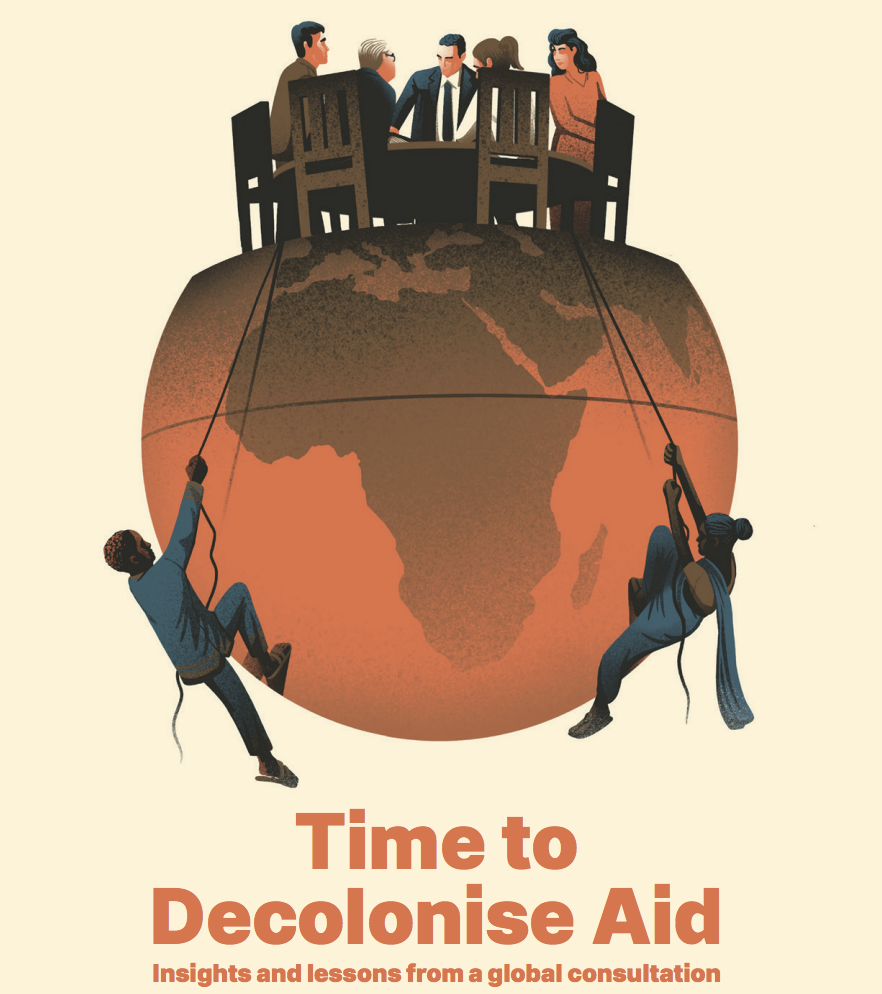 A practical example of one organization’s efforts to decolonize to better support feminist movements is the International Women’s Development Agency’s “Feminist Movement Strengthening Framework.” IWDA argues that traditional international development is an “instrument of neo-colonialism” that reinforces structures of global and local inequality, maintaining the dominance of the Global North over the Global South. Its framework aims to acknowledge and mitigate this structural issue with a “3Ss” approach:

IWDA and the Equality Fund share a conviction that key to achieving gender equality is resourcing and contributing to resilient and vibrant feminist movements. IWDA’s “Feminist Movement Strengthening Framework” is one example of how this can be done. 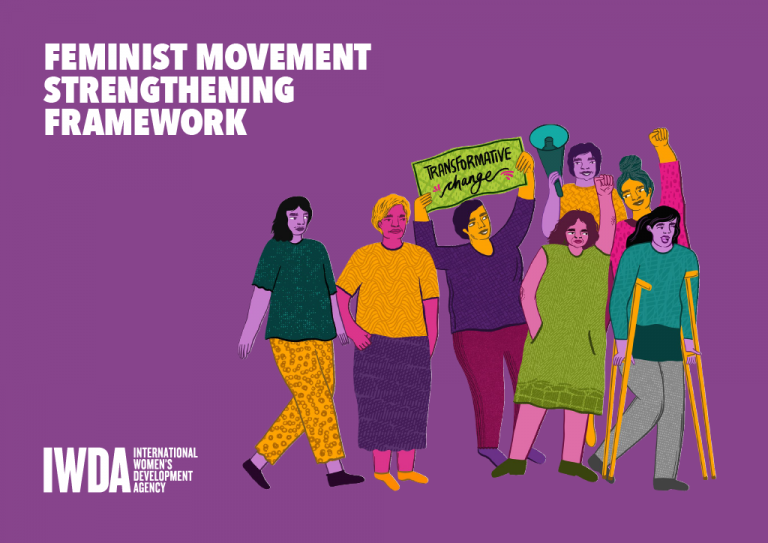 2021’s Generation Equality Forums in Mexico (in March) and Paris (in July) launched new, multi-stakeholder commitments to revitalize global efforts toward gender equality, organized around thematic Action Coalitions. But feminist activists know that lives aren’t divided by theme. That’s why the civil society leaders of Action Coalitions 2 (economic justice and rights) and 4 (feminist action for climate justice) are working together on a Feminist Agenda for People and Planet.

This transformative agenda arises from the conviction that feminists must pursue a new economic model that addresses multiple forms of inequalities, ensures women’s human rights, and a peaceful and healthy planet for all. The report explains that this is because mainstream economics has embraced a goal of infinite growth, which – on a finite planet – can only happen through extraction, exploitation, and destruction. It also ignores vital activities that take place outside of the market, like care work, community work, and subsistence farming. And while it has harmed everyone, it has disproportionately failed women and girls.

The agenda sets out a feminist economy for people and planet as:

This ambitious agenda provides direction for Generation Equality participants to deliver on the commitments made in Mexico City and Paris.

A Feminist Agenda for People and Planet: Principles and Recommendations for a Global Feminist Economic Justice Agenda 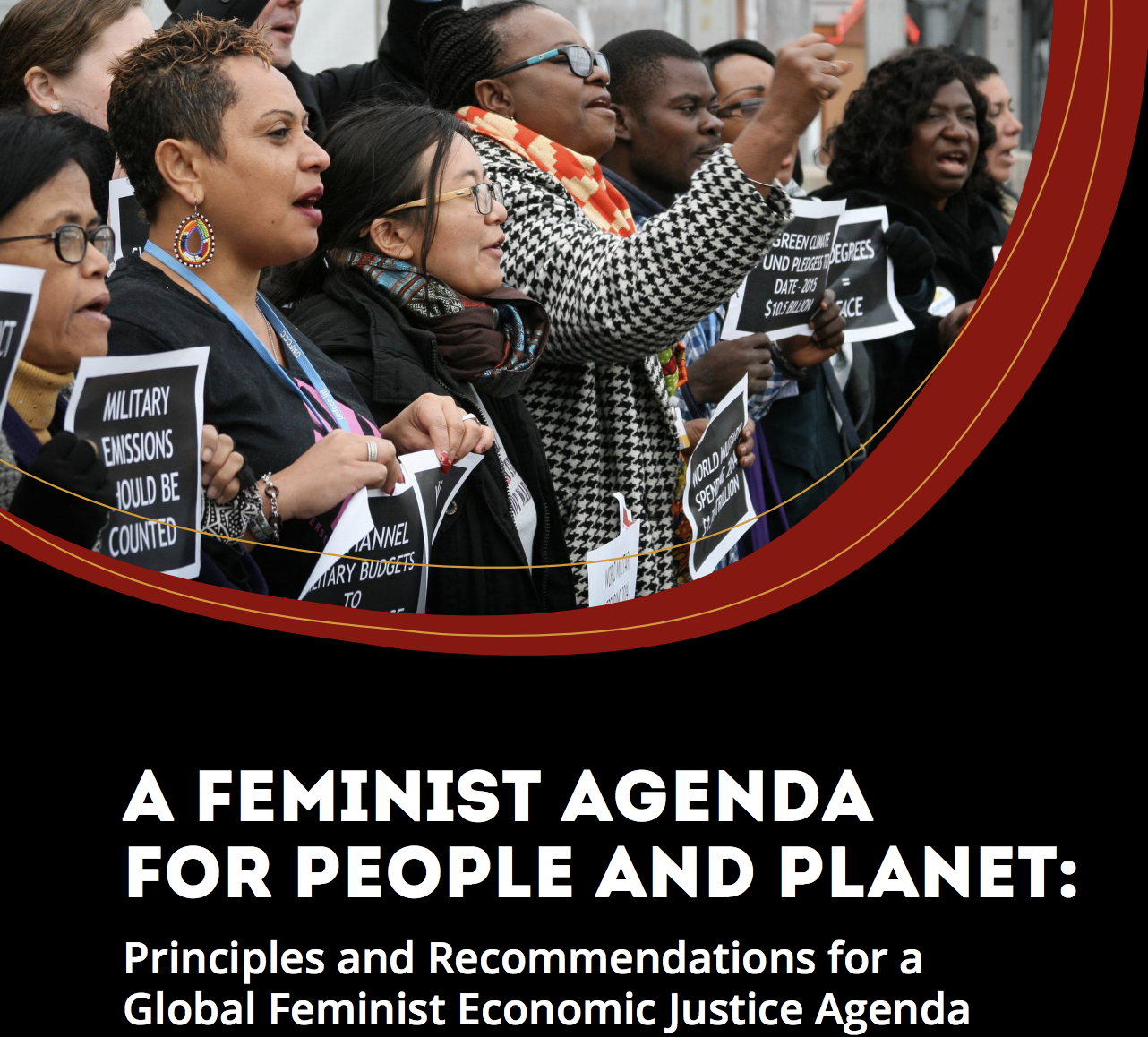